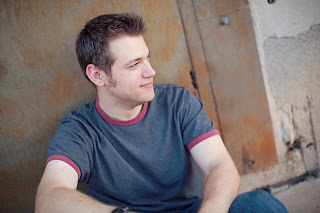 Just a heads up that I'm anticipating some possible inconsistencies in my schedule throughout the month of October. Right now it doesn't appear as though the podcast schedule will be interrupted, although that is still a possibility. More likely is the chance that one or more "In Search Of Truth" segments will be missing from the podcast in October.

The reason for this is that my younger sister and her family are visiting home for most of October. Her husband is serving as a missionary in Rwanda and the next time we see them after October will probably be over a year and a half from now. So if opportunity arises to drop work in favor of time with my family, I'm gonna have to grab it. Thanks for your patience and understanding.

As I said, however, the interruptions to the podcast will probably be minimal. Having said that, if you'd like to submit an "In Search Of Truth" segment or something else to fit in its place I'd be very interested to hear from you!

On the more positive side, I'm very excited for the coming months of The Spirit Blade Underground Podcast! The summer and fall are big seasons for table top game conventions and product releases. So table top gaming will get some more focus on the podcast over the next few months.

We've already started that trend with a two part interview with The Game Store Prophets last week, which will wrap up this week. Following that I'll be interviewing The Geek Preacher, whose ministry revolves heavily around table top gaming.

Although I haven't talked about them much, I've been playing a number of board games in recent months. And in two weeks I'll be attending a local game convention, where I hope to try some new games. All of these experiences I plan to share with you. So in the coming months you can hopefully look forward to my reviews and thoughts regarding:

D&D Next, Wizards Of The Coast's long in development re-imagining of the Dungeons and Dragons RPG. I will be part of a demo/playtest session and am more than a little curious about how this new take on the game is shaping up!

Pathfinder: The Adventure Card Game, a distillation of the fantasy RPG experience, streamlined into a card game format. Several games have tried to do this with varying degrees of success. How close is Pathfinder to hitting the target?

Merchant Of Venus, the 2-games in one box release from Fantasy Flight Games, with my focus being on the classic version included. Can a sci-fi space game be any fun when there is no combat and the object of the game is simply to buy, sell and make the most money?

Agricola, the game about farming. Boring as dirt, right? Or is there something surprisingly fun here for the fan of medieval fantasy?

Plus, my "Quest For The Ultimate Dungeon Crawl". I've tried Descent, Descent 2.0, Thunderstone, HeroQuest(more recently with some new variants), a board game variant of Classic D&D, as well as the "Castle Ravenloft" series of Dungeons and Dragons board games and finally, Pathfinder: The Adventure Card Game. Some of these have excited me for months or years but eventually lost my interest, others have fallen flat on their faces. Is there even one among them that will finally be the rich, long-lasting dungeon-crawl experience I've been seeking for the last two years? Or does my quest for the ultimate dungeon crawl sadly continue?

All this and more as table top games begin to get an increased focus this fall on the Spirit Blade Underground podcast!

Stay tuned! The fun is just getting started!


Posted by Paeter Frandsen at 9:58 AM