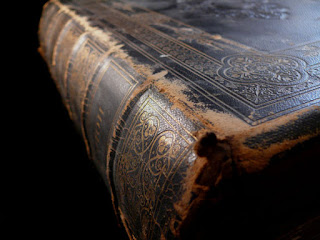 Now that Israel has been rescued from Egypt, Yahweh lays the foundation for his future relationship with this people group.

Verses 3-8 are structured in the same way as a common ancient Near Eastern treaty called the Suzerainty-Vassal treaty. The pattern this kind of treaty follows is: Preamble (v. 3),  Historical Prologue establishing the past relationship between the Suzerain and his Vassals (v. 4), Stipulations of the treaty (v. 5), Promised Blessings (v. 5- 6), and Acceptance of the terms (v. 7- 8).

Again, Yahweh is building his interactive relationship with humans based on concepts they are already familiar with.

Verse 6 indicates that Israel was intended to be mediators for Yahweh to the nations of the world. The intention here was not that they have priests among them that mediate between them and God, but that each of them, every man and woman, be a priest, and mediate between God and other people groups. The vision here is an incredible one. But we'll see in the near future why it didn't work out.

These verses bring to mind an idea we often neglect because of God's love for us, his forgiveness, and his constant mercy. The idea of God's "holiness".

Something that is "holy" is "set apart for the purposes of God". To say they Yahweh is holy is to say that he is set apart for his own purposes. He is so different, so "other", so beyond what we can fathom, so valuable, so good, that by his very nature he is "set apart" and appropriately devoted to his own purposes, which are higher and better than any other purposes.

His holiness naturally separates him from unholiness. God can have a relationship with humans, but their sin has to be dealt with in order for that to be possible. This is similar in some ways to you or I  having a friendship with a thief on the run. We may love them, but it would be immoral for us to help them avoid authorities. Before we can have a functional relationship with them, their crimes have to be dealt with. Otherwise we become criminals along with them.

God loves humans. This is why he chose to re-establish a relationship with humanity through Abraham and his descendents. But humans are still criminals. And we can't have a healthy, close relationship with God until our crimes are dealt with. Otherwise God would cease to be perfect and become a criminal himself.

Of course Israel, at this time, had spent their entire lives in Egyptian culture. They had no real concept of God's holiness. They would not have understood how "other" he is. (Up to this point they'd had exposure mostly to petty Egyptian gods that acted much like humans do.)

The death penalty may seem severe, but we should keep two things in mind.

The first is, again, God's holiness. If death seems too severe a punishment for those who knowingly rebel against God's instruction, we likely do not have a high enough view of who God is.

The second is that Yahweh instructed them to set up clear boundaries and instruct everyone to avoid them. Anyone who would potentially cross those boundaries would be doing so for no other reason than to rebel against Yahweh's instruction. Israel was intended to be Yahweh's representatives to the rest of the world. A huge responsibility. One that could not afford to be tainted by any rebellion.

The reference to avoiding sex in verse 15 is not because sex is somehow bad. Some commentaries appeal to the ceremonial law, but I don't lean in that direction since the ceremonial law, as near as I can tell, had not yet been given to Israel at this time.

I might instead refer to the principle expressed by Paul, when talking about married couples abstaining from sex temporarily.

1 Corinthians 7:5- Do not deprive one another, except perhaps by agreement for a limited time, that you may devote yourselves to prayer; but then come together again, so that Satan may not tempt you because of your lack of self-control.

Love for spouse and love for God are not mutually exclusive, but temporarily abstaining from sex in order to devote oneself to God is one way to express a single-minded devotion to Yahweh and his purposes.

The holiness of God is one area where I think the geek imagination is very useful. In science fiction and fantasy we are often introduced to concepts of inter-dimensional beings that are far beyond our comprehension. H.P. Lovecraft did this in a way that inspired dread, rather than awe. Early on in Deep Space 9, Cisco and company encountered "non-linear" beings who existed apart from time in some way.

When many non-geeks so easily fall into the trap of imagining God to be much like ourselves (only bigger, older and more powerful) we have a wealth of concepts to draw from that bring us one step closer to imagining the holiness of God.

God's holiness is important to remember when we're experiencing difficulty in life. When God is taking us through a season that seems "extreme" or "severe", we can choose to remember his holiness, trusting that he is worth every moment of discomfort or pain.

And as followers of Jesus, we can also remember that our crimes have been dealt with, and this holy, unfathomable God is deepening his relationship with us more and more, to eventually culminate in a perfect, exciting and fulfilling existence that will last forever. And because of God's holiness, forever will never get old. Because of his holiness, there will always be something mysterious and wonderful about God that we can explore.
Posted by Paeter Frandsen at 10:52 AM