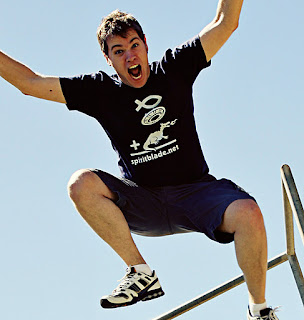 With the audio book I've been working on effectively finished, I've been able to turn my attention to a few details that have been put on the back burner recently.

One of these details is the Special Feature for January. As you may already know, I create and release a new "special feature" each month and place it on our Media Page. Usually these are some sort of "behind the scenes" look at the productions we've released, and since last spring they have come in the form of videos nearly every month.

But my ancient video editing software (on my even more ancient desktop) has finally had enough of me, and is refusing to obey my commands, begging instead for a quick and merciful death. Re-installing may be an option, but it's more likely that I'll need to find some replacement software, hopefully for free.

Those of you who have gotten to know me a little on our forums may remember that I am technologically inept. So in addition to the hunt for new video editing software, I will need time to learn how to use it, which I don't imagine will happen quickly. Long story short, I won't be able to release a new special feature this month, but hope to be back on schedule next month.

In the meantime, if you have any suggestions for free video editing software on PC that is "grandma-friendly", I'd love to hear about it!

In addition to that little curve-ball, it's become necessary to adjust my work schedule significantly to better serve my wife and two boys. The amount of time I spend working

will change very little, although my day to day routine is being put on its head.

Because of this, blog posts are now much more likely to go up in the evenings and I'm also planning a change in the regular content of both the Spirit Blade Underground Weblog and Paeter's Brain. My plan is to temporarily switch to a twice weekly posting schedule on Paeter's Brain (instead of three times) while retaining the regular schedule and content for the SBU Weblog. However once I have my ducks in a row, I plan to stop posting to Paeter's Brain and instead place the posts that would normally appear there elsewhere.

When I started "Paeter's Brain", I saw it as a way for listeners of SBP to see a little more of me as a person, and share in some of my random or not so random thoughts. But I believe the forums we launched in 2010 now serve that purpose much more effectively.

The movie reviews, my odd game reviews and philosophical musings about Geekdom from a biblical perspective will soon be posted on a new blog designed specifically for that purpose. I will also include an archive page that contains all of my past reviews and some other posts from Paeter's Brain. This will serve as a growing resource for Christian Geeks who are interested in engaging in their faith more as they enjoy the crazy fun that sci-fi, fantasy, horror and comic books offer.

In the end, I'm hoping this will allow me to leverage my time a little better and bring more focus (and more readers!) to the content I put online to represent Spirit Blade Productions.

If you have any questions, thoughts or suggestions as I prepare to move into this new territory, I'd love to get your feedback!

As always, thanks for your support!