Too Many Good Choices! 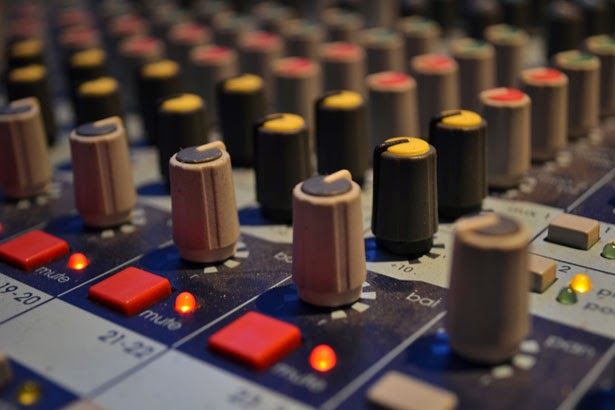 This week I finished work on Scene 9 for Spirit Blade: A World Of Shadows, putting me over 1/4th of the way complete in mixing the entire project. (Well, much more than that if you factor in the work on the songs I've completed so far.) That may not sound like much, but to me it's halfway to halfway!

Scene 10 is a short but fairly heavy scene between Saolos and Merikk. Sean Anthony Roberts, who provides the voice for Saolos in both "Dark Ritual" and "A World Of Shadows", brought his A game to this scene, which makes it a great pleasure to work on, but also a real challenge to edit.

Sean is such a fantastic performer that he usually requires very little direction. He also tends to give me multiple, fantastic versions that are different yet equally appropriate to the moment in the script. As I sat editing scene 10 today I thought, "I want people to hear ALL of these takes!"

In the end I choose, as best I can, and then resolve to let the other takes be heard sometime later in a behind the scenes feature.

Already it looks as if I'll be able to finish Scene 10 before the week is over, which would be very gratifying. At the same time, I've begun praying that Yahweh will allow me to have peace and contentment regarding my pace and productivity, resting in his sovereign control over events and ultimate wisdom regarding what should happen when.

Either way, I hope to keep taking a break now and then to keep you updated. Stay tuned!