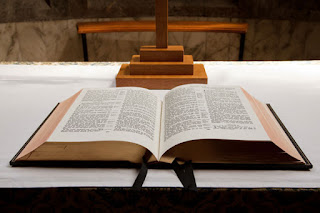 Sex and Murder! Hallmarks of modern geek entertainment. Here's a little of what the Bible has to say...

The Hebrew word used for "murder" here largely refers to premeditated, deliberate killing, and specifically killing a human. This command did not outlaw killing in defense of one's home (Exodus 22:2), killing accidentally (Deut. 19:5) or killing through lawful execution (Gen. 9:6). It also did not apply to instances in which Yahweh commanded the Israelites to kill specific enemies on a case-by-case basis.

The command against murder was rephrased and taken even further in the New Testament.

My study of the command against adultery yielded some information I found very surprising. The usage of the Hebrew word for "adultery" here only applied to a man sleeping with a married woman.

Regarding this command, the IVP Bible Background Commentary for the Old Testament explains, "The purpose of the legislation was to protect the husband's name by assuring him that his children would be his own. The law does not ensure marital fidelity; its focus is paternity, not sexual ethics. The integrity of the family is protected rather than the integrity of the marriage. If a married man had an affair with an unmarried woman, it was not considered adultery. The offender had to pay damages to the father. ([Exodus] 22:16-17)...The protection of the integrity of the family unit was important because the family was the foundation of society. Compromise or collapse of the family meant compromise or collapse of society." (IVP Bible Background Commetary, InterVarsity Press, pg. 96)

The focus on the integrity of the family unit here, and also evidenced in the command to honor father and mother, seems to indicate an order of priorities that would provide a foundation for future instruction. This is a further reminder that the Ten Commandments, although foundational, were incomplete in their ability to provide moral guidance. In fact the entire collection of laws from the covenant established between Yahweh and Israel through Moses was imperfect and also intended to be replaced in the long term. Even Jeremiah, a prophet of the Old Testament era, was aware of this.

With this in mind, we shouldn't be too concerned about defending the moral "gaps" left in the Old Testament law as many Christians feel obligated to do. Its days were numbered from the beginning, destined to be replaced by the law of Christ. (1 Corinthians 9:21 and Galatians 6:2)

Under the new covenant initiated by Christ, we have much clearer instruction on God's design for sexual activity.

(1 Corinthians 7:1-2, ESV) Now concerning the matters about which you wrote: “It is good for a man not to have sexual relations with a woman.” But because of the temptation to sexual immorality, each man should have his own wife and each woman her own husband.

God's intended design for sexual activity is that it be enjoyed only within the framework of the marriage relationship. Without that framework in place, sexual activity leads to hurt, shame, regret and a number of other problems. More than anything else, it dishonors God, and his intention for physical intimacy in marriage to reflect Christ's relationship with the church.

(Ephesians 5:31-32, ESV) “Therefore a man shall leave his father and mother and hold fast to his wife, and the two shall become one flesh.” This mystery is profound, and I am saying that it refers to Christ and the church.


(1st Corinthians 6:16 clarifies that the metaphor of "one flesh" refers to sexual intimacy.)

Jesus also expanded upon the original commandment regarding adultery.

(Matthew 5:27-28, ESV) “You have heard that it was said, ‘You shall not commit adultery.’ But I say to you that everyone who looks at a woman with lustful intent has already committed adultery with her in his heart.

The standards we live by regarding sexual activity should not just be mechanical obedience to strictly defined boundaries. Although clear boundaries are important, Jesus wants us to change the way we think about sexual activity and those of the opposite sex.

Enough years have passed that I can somewhat comfortably (and very gratefully) share with you that my past experiences and temptations toward pornography are over. But the time I allowed myself to engage in that kind of material, along with the currently ongoing exposure to sexualized media and entertainment almost everywhere I look, keeps me from ever being "out of the woods". Images I've seen in the past and others I regularly run into compete with scripture to inform my view of sexuality and the way I see my wife.

God's design is not for us to enjoy every opportunity for sexual stimulation that comes our way. The Church is made for one love: Yahweh. And we reflect that by formally and permanently committing ourselves to one love in marriage.

If you're feeling challenged or convicted by any of this, know that I'm challenged and convicted by it, too! But Yahweh never commands anything in order to simply remove pleasure from our lives. His commands are all intended to bring about something even better than the alternative. God designed sex to function the way it does. He knows it's awesome and he knows how we can get the most out of the experience. He's better than the best expert. He's the inventor!

So if you're struggling with sexual sin of some kind, remember God's undeserved favor and forgiveness, tirelessly extended to you every moment as often as you need and more. And also remember that God has something better for you than what you're choosing now.

Posted by Paeter Frandsen at 9:53 AM