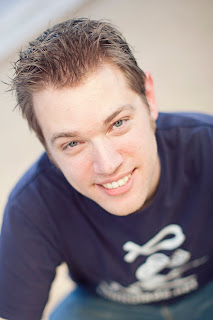 Once again I find myself posting an update on "Spirit Blade: A World of Shadows" (our audio drama currently in production) after much more time than I had intended. But in part, that's because work is going well!

As of today I have 4 out of 7 songs at around 80% completion or more. The final 20% usually takes the form of adding transitional effects to smooth over going from one beat to another (from a verse to a chorus for example) or adding punch or dynamics to certain points of the song. This process also involves determining volume levels for each track and balancing out the EQ.

For many of the the songs, the final 20% will be completed later in the production cycle. This means that I'm on track to finish up all of the songs (to 80%) and start mixing scenes before Christmas. That being the case, my current (yet unreliable) estimate for release of the project is early in 2015, about a year and a half from now.

In the meantime, I hope to whet your appetite with some behind the scenes features about the production of "Spirit Blade: A World Of Shadows". During the recording process I took lots of video of both Randy Hesson (Vincent Craft) and Michael Tully (Raan Galvaanik). You can expect to see some of those pop up on our Youtube channel in the coming months. I also recorded audio interviews with each of the primary cast members that you can expect to hear about soon as well.

In the meantime, Spirit Blade Insiders have been treated to detailed progress reports and early versions of the songs of SB: AWOS as I work on them. For more information on how to become an Insider, visit our Donation Page.

Thanks for checking in! Stay tuned for more!