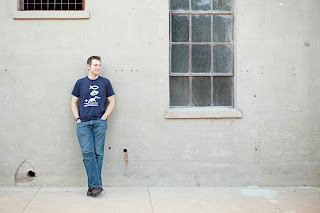 My apologies for not giving an update on Spirit Blade: A World Of Shadows in a little while. My hope is to get back on track with providing updates here a little more often, now that the alpha version of Christian Geek Central has launched and this blog is returning somewhat to being a blog about Spirit Blade Productions in general.

Aside from one small supporting role performer, the only actors who still need to finish recording are Randy Hesson (Vincent Craft), Holly Frandsen (Ebony Ravenloft) and myself (Merikk, The Dark One, Sheidan Council, and misc.).

Although I have enough recorded to start mixing a number of scenes, I am focusing my attention right now on the songs for the project, one of which is about 80% finished. There are seven songs in total for the project, and while I enjoy many parts of the creative process, I learned while mixing the Special Edition of Spirit Blade that my favorite part of mixing is when I'm working on scenes instead of songs. The progress moves much more slowly when creating 4 minutes of music compared to 4 minutes of even the most complex, effects heavy action sequence.

For now I feel inspired to grind away at the songs. And another lesson I learned awhile back is to work on what you're inspired to work on until all inspiration is gone. (THEN bang your head against the wall or whatever you need to do to hammer out the rest.) At least this is the approach that seems to yield the best results for me.

With Pilgrim's Progress I learned that I can edit and mix, from the very beginning through final mastering, about 20 minutes a month. (Three months for every hour) I'm estimating a run time of about four hours for this project, which translates to about year of work to complete it, not including the songs.

So we're probably at least a year and half right now from the release of A World Of Shadows, though I'll be sure to keep you posted as work progresses.

Speaking of getting work done, my "Off-Grid" weeks have been going well this summer. So much so that I think I will continue to take some off-grid weeks during the school year when I'm able. They do a great deal to help move things forward for A World Of Shadows.

My next off-grid period, during which I won't be answering e-mails or checking in at the forums, will be from June 28th-July 8th. The first of those two weeks I will be traveling with my family. The second I will be back home and throwing myself into work on "AWOS". There will still be a podcast this weekend, and next, but no podcast the week after. (And despite the handful of "off-grid" weeks I've taken so far this summer, this will be the FIRST weekend to miss a podcast episode. Which is an even better record than previous summers WITHOUT off-grid work weeks!)

To further join me on my production journey for AWOS, you're invited to become a Spirit Blade Insider, which also helps ensure that I can keep Spirit Blade productions moving forward faster and better than ever! In fact, in my next batch of content for Insiders I will be including the latest rough mix for the song I've been working on lately, entitled "Who You Really Are".

Stay tuned for more updates here in the future!


Posted by Paeter Frandsen at 1:20 PM