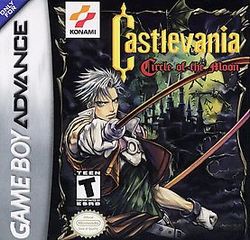 As Konami was preparing to enter into the 3D world with their popular Castlevania series, they decided to fill development time by releasing one last 2D Castlevania game in 1997. Little did they know this "last" 2D game, Castlevania: Symphony Of The Night, would do more than fill time. It would be a smash hit that many fans still consider to be, hands down, the best in the franchise.

Unlike previous Castlevania games, Symphony Of The Night had the hero jumping and slashing through a single, giant castle in a layout scheme inspired by Metroid. Instead of tackling one level at a time, the player was now able to explore the castle in whatever direction they desired, often backtracking into old areas again. New parts of the castle became available as the player gained special abilities that allowed them to jump higher, or turn into mist, for example.

Additionally, SOTN was not just a platformer, but an action RPG. The hero gained experience and resources through defeating enemies, and leveled up repeatedly to become increasingly more powerful as the game progressed. This helped to automatically scale the difficulty for a wide range of players. Those with great hand-eye coordination could beat various bosses sooner, while those like myself, with the reflexes of a brick, could just do a bit of level-grinding or leisurely exploration through familiar areas until they had gained enough power to take down the boss in question. And with no "bottomless pits" or "insta-death" enemy attacks, the frustrating "groundhog day" style of gaming that so infuriated me in the classic NES platformer days (Mario is a sick, torturing fiend) was a thing of the past.

Although Konami moved forward with their 3D Castlevania games on the new consoles (a move that hasn't yet produced a widely celebrated Castlevania game), they were at least smart enough not to abandon the new forumula they'd discovered for Symphony, and continued developing Castlevania games in the same style on Nintendo's handheld systems, the Gameboy Advance and the Nintendo DS.

Which brings me to Castlevania: Circle Of The Moon. I LOVE Symphony Of The Night, and when I finally got around to buying a used DS Lite, Circle Of The Moon was quickly added to my want list. Circle was released in 2000. It was the first Castlevania game to re-use the SOTN formula, resulting in a handheld gaming experience that, while not as lengthy or varied as Symphony, is still a fantastic, addictive game that any fan of SOTN will enjoy.

The music is a mix of old and new tunes, and they're all about as catchy as ever. The sound effects are also just what you'd expect from a game in this series. However the medium of the Gameboy Advance means that the fidelity of the music and sound effects is very low, resulting in what sounds like low quality mp3 artifacts throughout. However this never once took away from my experience of the game.

If graphics are a big selling point for you, you may find this game disappointing. I'm much more concerned with game play, so the graphics didn't bother me. I also knew I was in for a "retro gaming experience" and adjusted my expectations accordingly.

The story... well the story never seems to matter much in these games. And the story here is the same old awkwardly translated collection of brief scenes between areas that try to give some purpose to the game. But frankly, I already know my purpose. To show Dracula that I'm his daddy. And by the time I was ready to take him down, I was worthy of the title.

The controls are wonderfully responsive. And although the game is challenging, I never found it frustrating. If an area or boss seemed to be giving me too much trouble, I simply backtracked to make sure there wasn't an area I had missed. Doing this either led me to new areas I could handle, power-ups to increase my abilities, or just helped me level-up enough in the process to go back and tackle that troublesome spot again successfully.

The platforming itself is fun and forgiving. Even in the most challenging areas, there is always a weapon or ability you can find and use to help regain the advantage. In this way, the game also exercises your brain now and then, instead of only your reflexes, keeping the experience from ever becoming a simple twitchy button masher.

My one complaint about the controls is the "dash" function, which allows you to run by pressing the direction you wish to move in twice quickly. You gain the dash ability early in the game and probably won't want to move any other way after acquiring it. So the constant double-tapping took a little getting used to, though not much. I think a better solution would have been to make "dash" the default speed once you get it, and use a "move+button hold" scheme to walk slowly if you really want to.

In addition to your trusty whip and the usual sub-weapons (throwing knives, throwing axes, boomerang/crucifix, holy water, time stopper, etc), an in-game card collection system yields dozens and dozens of new abilities by "equipping" the acquired cards in different combinations. Stat boosts, special magic attacks, familiars and summon monsters are all at your disposal if you hunt down the right cards.

The game also has added replay value with various modes the game may be replayed in after beating the game. Each mode re-adjusts your starting stats to fit a different game play style. The Fighter can't use magic, but his basic attack is extremely powerful. The Magician has low health and attack, but powerful magic abilities. And the Thief has a tremendous Luck attribute, allowing him to get the best item drops from enemies the most frequently.

In addition, there is a "Battle Arena" in the castle that is really designed for players looking for something to do after beating Dracula, as the Arena contains very powerful enemies and prohibits the use of magic.

I would guess that the castle is about half the size of that in SOTN, and it also does not flip upside down and double the square footage. But it still feels plenty big. Better players than me may finish the game in 10 hours or less, though I got a hefty 22 hours of game play for my money. (I spent about $10-$15.) A great value.

My 22 hour experience did not include any of the additional game modes or the Battle Arena, which altogether would potentially multiply my play time by four or more. (Though I doubt I'll play through the game again anytime soon.)

I also used some online game guides to help make sure I got everything I wanted from the experience, and I'd recommend you do the same too. Otherwise the best gems in the game will remain undiscovered by all but those willing to grind and experiment methodically, repetitively and monotonously.

Despite being a fantastic, absorbing experience, this game has about zero chance of stimulating meaningful thinking on the subjects of morality or spirituality. If the story was given more time and written a whole lot better, there might be room for an interesting moral dilemma, but as it is, you'll likely skip past the dialogue scenes as quickly as possible to resume hacking and slashing at baddies.

Well worth the time of any action RPG fan. If you've got a DS and liked Symphony Of The Night, you'll be missing out if you pass this one up.


Posted by Paeter Frandsen at 5:06 PM