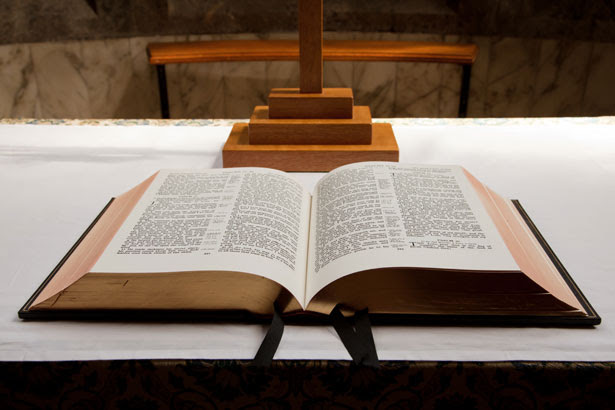 Vs 26-27
There continues to be speculation over what exactly is meant by "the image of God" in passages like this. The same terminology used here to describe us as an "image of God" was also used in the ancient world to describe physical idols of various gods. These idols were purposed to carry out the work of their god and represent their god to mortals.

As Moses, the author of Genesis, wrote these words, it's very likely this connotation would have carried over to the Israelites' understanding of what it means to be made as an "image" of God. As humans, both men and women, we both reflect God's nature in some ways and are intended to carry out his work in the world, representing him.

Since we know, based on Genesis 1:1, that God is not physical, the "image" of God we carry must not be physical in nature, but related to our "personhood" in some way.

Last week I asked how an infinite, immaterial being breaks through the obvious communication limitations to reveal himself to humanity. We can possibly start by saying that he has made humanity in some way "compatible" with himself, by making their personhood a partial reflection of his own.

Vs 28
We were made to govern every living thing on this planet and manage every square inch of real estate. The Hebrew word used for "subdue" here means to "conquer" or "subjugate". The earth and all it contains was meant to serve us, not the other way around. Although this isn't to say that we should be careless and cruel as we rule the earth.

Our intended purpose from the beginning was to act on behalf of God, be the physical representatives of the infinite, immaterial Creator and his character. There is something in his personhood that is reflected in ours, and we're meant to display that in how we govern creation and interact with each other.

Of course, we can also be very cruel to each other and the created world. Is this part of how we reflect God? Or is there something else that is naturally a part of us that does not reflect God?

We'll take a look at that next time.


Posted by Paeter Frandsen at 9:48 AM