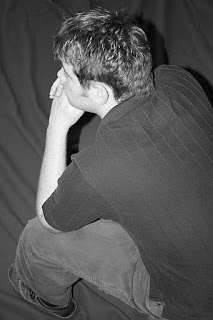 This being the last week I'm in my office before the new year, I decided to present something a little different in place of "In Search Of Truth". This year I was asked by the pastors of my church to write a series of readings that could be integrated between songs during our Christmas Eve services. The vision was to describe God's interaction with humanity over the course of history in terms of an epic "story" that we are all called to enter into. Each section was to represent both a theme and a chronological element of the complete narration. Creation, The Fall, Redemption and Restoration.

It was a small writing project, but one I enjoyed digging into. Although there may still be minor revisions between now and Christmas, I've copied the most recent version below for you to read.

This season competes for our attention and energy from multiple directions, but sometimes it's good to take a step back and look at the bigger picture. That's what this little writing project is about. I hope you enjoy it and that it in some way expands your thoughts of who God is and what part you were meant to play in "The Story".

There's an ancient story that began before stories were even told. It spans all ages past and reaches forward into eternity. Every day it's being written. Even now it's taking shape. Branching in complexity beyond what we can fathom, yet orchestrated skillfully to serve one, amazing purpose.

Like every other story, this one has an Author, who creates and populates his world with characters. But these characters have life and freedom. And this Author enters the story himself. In fact the story is about him. And rightly so. For there is no one more interesting, amazing, surprising, powerful, or good, than the Author himself. And being the highest, the greatest and most wonderful thing in existence, the Author writes his story so that others can see, embrace and enjoy who he is.

The story begins in the beginning. The first "beginning" there ever was. The Author made time and the universe, and the laws that govern them. He made beauty and purpose and people to possess both. He made it all for himself, but gave the people he made a part to play. A part that would completely fulfill them.

He made them to, in some way, be reflections of himself and to govern and enjoy all of the earth. He gave them each other, designing them to love and be loved. Most incredibly, he provided them with an infinite source of pleasure and fulfillment. He gave them himself. He made them for a relationship with him that would meet their every need and go beyond to give them an eternal life more amazing than they could ever imagine. It was to be a life of adventure and discovery, creativity and wonder, as each character explored and enjoyed the Author forever. A gift with value beyond measure, intended for us all.

Freedom is one of the Author's most mysterious, powerful and wonderful gifts. Without freedom, love cannot exist. And yet because of freedom, evil entered the story almost as soon as it began. The characters the Author created decided they wanted to write their own story, failing to realize that doing so would never fulfill them. So those designed to be reflections of the Author instead tried to make the Author a reflection of themselves.

From then until now we have each made the same choice. A thread of irony became woven into the plot, as the endless search for pleasure apart from the Author now brought pain and empty discontentment. Relationships made for love and enjoyment instead brought conflict and injury. Work, once meant to be invigorating and productive, was now draining and seemingly fruitless. The Author's vision of perfect unity and relationship with him was replaced by a broken, dysfunctional collection of self-centered agendas.

And though it pained the Author in ways we cannot fathom, he would not take back the freedom that made his creations so beautiful, valuable, and unique. He continued to let his characters write a portion of their own story if they desired, even if it took them away from fulfillment, away from their purpose, away from him... forever.

And so the story took a dark turn. It seemed as though the Author couldn't possibly write his way to a happy ending, and that evil would remain unleashed and unaccountable. But little did anyone know that the Author would introduce a twist to his tale. One that would change everything.

Justice is somewhat relative. Little justice is demanded upon the killing of a flower, but the cry for justice increases when an animal is abused, and cries out even louder at the murder of a child. The cry for justice always intensifies, the punishment due grows larger, as the value of those wronged increases. Imagine then the punishment due to those who have wronged a being... of limitless value.

The Author couldn't simply ignore evil and still be good himself. Justice had to be preserved. Countless beings had wronged one of infinite worth, and so owed a payment of infinite value. A payment they couldn't scrounge together no matter how hard they tried. The Author was the only object of infinite worth in existence. And from therein came the answer.

The Author entered the story as he never had before. He became like and lived among his characters, experiencing the pain and harsh realities of the story first-hand. Yet somehow he retained who he was. His perfection, his goodness, his infinite worth, were offered in exchange for the lives of his characters. He subjected himself to the full punishment his characters were due. And in that unparalleled transaction, something amazing took place. Freedom, true freedom, was made possible.

A call rang out from the Author, inviting his characters to be reunited with him. Free of the fear of punishment, free of their debt to the Author, and with the promise that one day they would even be free of the very presence of evil... forever.

This future chapter is foreshadowed in the lives of the characters who accept his invitation. The moment they do, the Author goes to work in crafting them a new story within the larger one. Re-writing their histories and outlining their futures. Changing who they are from the ground up. Character subplots that were heading toward tragedies are slowly re-written into romances. And as each smaller story is united to the larger one, the epic tale becomes beautiful beyond comprehension.

Some stories are so suspenseful and exciting that it's hard not to turn to the last page early to find out how they end. But the Author invites us every day to do just that. To look ahead and see how the Author, the hero of this story, puts an end to all evil. The evil around us and the evil within us.

There is nothing so broken that the Author can't restore it, perfectly and permanently. So a time will come when all of creation is renewed, remade, without the flaws and fractures it once had. The end of the story will be so beautiful and moving that the pain of early chapters will be seen in a new light, and the brilliance of the Author recognized.

The end of this story gives us hope for today. When our stories aren't written like we think they should be. When the stresses of work and relationships threaten to break us. When pain seems to define our lives. The Author knows and feels our suffering, because he has entered the story as well. He has come to carry us through it, to see the ending he has written. One that serves as both epilogue and prologue as he begins a new story. One far better than the first, with a happy ending... that never ends.
Posted by Paeter Frandsen at 1:37 PM