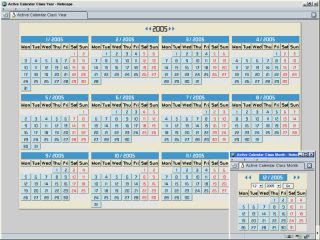 2008 proved to be an exciting year that closed with a bang as our second audio production was released in November. I had one or two other agenda items for 2008 that weren't completed and I learned alot about the unpredictable nature of production schedules. Having said that, I think I can still share a few agenda items for 2009 that you might like!

1. Work will continue on the first part of my fantasy adaptation of "The Pilgrim's Progress". Scripting is going well and I hope to begin casting in March and recording in April. Each portion of this epic tale will be released digitally first, about one hour at a time. When the entire series is finished, it will be assembled for a CD collection. With this new approach, we should be able to get stories to you more often and those of you who are collectors will still have something to look forward to! It's difficult to be sure of release dates, but I'm working hard to have the first part of "Pilgrim" finished and available before the end of 2009!

2. Although "Pilgrim" will not include the use of songs in the same way they are used in the Spirit Blade Trilogy, I will be remixing some songs from "Spirit Blade," recording some new ones and incuding the songs of "Dark Ritual" in a music CD project that I hope to release in the first quarter of 2010!

3. I will continue supporting "Dark Ritual" with the production and release of behind the scenes interviews, documentaries and commentaries throughout all of 2009. I'm ahead of schedule in this process and will be releasing a new special feature or commentary segment once every month until October. One exciting element I'm introducing this year is the Interactive Audio Commentary! Keep an eye on this site and the weekly podcast (http://paeter.libsyn.com) for commentary question requests. I will be asking for your questions about "Dark Ritual" and will then incorporate them, including a credit to you for your questions, into the audio commentary! I hope you'll stay tuned and be a part of the process with me!

4. In 2009 I will be looking for ways to expand our frequency of production by involving writers and sound mixers in the development of new material. I'm not exactly sure what this looks like yet, but if you are a writer, musical composer, or someone with experience in mixing sound, and would be interested in helping to create Truth-centered sci-fi and fantasy, I would love to hear from you to explore the possibilities. Send me an e-mail at paeter (at) spiritblade (dot) net. And as always you can expect to be notified of casting calls here and on the podcast as well!

5. Lastly, for a couple of years now you've heard mention of a "Spirit Blade Novella", written before I produced the original "Spirit Blade" audio drama and used to create the scripts for both "Spirit Blade" and "Spirit Blade: Dark Ritual". I've kept it safely hidden in a vault until the release of "Dark Ritual", since a few of Dark Ritual's biggest plot twists come from the novella. But in 2009 I will be opening the vault and sharing the never before seen(or heard) origins of the Spirit Blade Universe! This will be done via podcast, and/or blog posts. It will not replace any of the usual blog posting or podcasting I do, but will be done in addition to the material I already produce here and on the podcast. More details coming soon!

As you can tell, there's a lot to look forward to this year and a lot for me to get working on. Guess I'd better get to it!

Thanks for your continued support! Spread the word! Great things are coming in 2009!

Posted by Anonymous at 3:38 AM