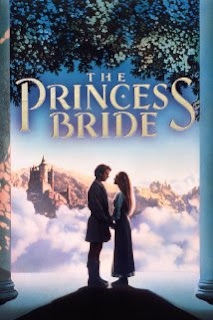 Review by Ken From Honolulu

The Princess Bride was made in 1987. Directed by Rob Reiner.  Some of you may know Rob Reiner as meathead from All in the Family.  Archie Bunker kept calling him meathead.

This is a classic fairy tale, with swordplay, giants, an evil prince and a beautiful princess.  The hero goes off to find fame and fortune, leaving the woman behind. The prince decides she is a beautiful woman and decides to marry her. The hero comes back and kidnaps her, or course with her consent.

I give this movie an eight on the quality scale. At the time it was made it was a fairly high budget movie, so it is decent.

There is no CG in it, however there is a part where a guy is dressed in a giant rat's costume and you can tell it is a guy in a rubber suit. Otherwise it is all practical effects and looks fairly decent.

I give it a relevance score of eight.  There is a lot to discuss with your kids about whether a man can kill, rape and murder for five years; come back, and be the hero. Also whether the threat of violence can be funny. At one point they are trying to get a key to enter the castle.  The man that has it won’t give it up. Inigo tells Fezzik to rip his arms off.  The man says, oh you mean this key.

That is funny but it is the threat of violence that makes it funny. So there is a lot to discuss.

This movie is taken from a book of the same name. Generally I like the books much better than the movies, but not this one. In this case give the book a pass and go straight to the movie. The movie is a lot more fun and makes more sense.

The character development is simplistic but fun, it matches the whole tone of the movie.  The movie is a simple "the hero goes and rescues the girl".  Even though the characters are simplistic, you do start liking them.

The casting is great and they picked some very good actors. In an interview, Andre the Giant said that was the best time he had ever had. In this movie it shows he is having fun and that the actors liked each other.

The costuming by today's standards is very muted. Such as the dread pirate Roberts, all he wears is a black shirt, black pants and a black mask. The others wear costumes that are similarly designed, but it fits in with the whole movie.

There is no sex, there is a little kissing. There is a lot of violence, however it isn’t the slasher kind of violence with lots of blood.

This is a comedy adventure movie.  There are lots of funny scenes. After they kidnap the princess they are going across the sea to the cliffs of insanity. Inigo keeps looking back. He asks Vizzini if there is anyone following us. Vizzini says that is inconceivable. He keeps saying it as Inigo keeps looking. Finally Inigo says I don’t think that word means what you think it means.

Vizzini is one of those characters who you don’t mind when you see him die. The other two, Inigo and Fezzik are just two guys who are trying to make it through life so you start liking them.

All in all it is a fairly decent family movie. There are a lot of things to discuss, or if you just want an entertaining movie this is for you.