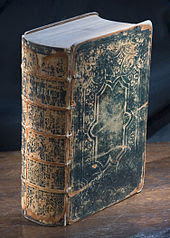 With God's help, Paul, his fellow prisoners, and the soldiers guarding them, all survived the destruction of their ship, arriving at the Island of Malta. The ESV's references to "native" people and "gathering sticks to start a fire" may give the impression that these were uncivilized people. But in actuality, Malta was not considered primitive. Roman citizens and retired soldiers were among those who lived there, and anyone who did not speak Greek was considered "barbaric" by the people of Malta.

Paul's miraculous survival of a viper bite is just another reminder that God's plans will not be thwarted. God said Paul would testify about him in Rome, and so he was going to Rome. It's possible this is even what Paul was thinking about when bitten, as we don't see him panicking or being concerned at all. He simply shakes the viper off and moves on with his day.

(As a side note, it was this passage that inspired me to create the concept of being "protected by prophecy", as Merikk is in the Spirit Blade audio dramas. Merikk is told the day of his death. So like Paul, he can survive an endless gauntlet of dangerous circumstances until that time.)

As I read about Paul healing Publius' father and the other sick people brought to him, I was struck by my own selfishness. When I've been having a bad day, or week, or sometimes even just a bad couple of minutes, I tend to settle into a mentality of entitlement. I feel like I deserve to treat myself to something nice, slack off work, or neglect my kids, my wife or household duties. I'm a bit of a "nerd-hermit", and often prefer to be alone. And if I've been socializing a lot (or what feels like a lot to me), I feel entitled to spend time by myself for awhile.

But Paul never seemed to lose perspective on his moment-by-moment purpose: to share the truth and love of Christ with others. Paul had been wrongly imprisoned, had been hungry, exhausted and shipwrecked. Even on the safety of Malta, he was still a prisoner in the custody of Roman soldiers. Yet he still gives time and energy to the people around him.

The rest of Paul's journey to Rome was uneventful compared to what had come before. After winter they set sail and made good time to Rome.

Christians were still very rare in Rome at this time. But when some Christians living more than 30 and 40 miles from Rome heard of Paul's arrival, they came out to be with him, providing encouragement and comfort.

This is another passage that challenges me. Who knows what these Roman Christians put on hold or left behind to travel 30 miles to be with Paul? Do I do this? Am I really willing and ready to take action, get outside of my routine or comfort zone, and make time to support and invest in other Christians who need it? And I'm not just talking about financial giving to missionaries and the poor or being a good listener. (Not that I'm downplaying the value of either.) These Christians couldn't help Paul with money anyway. But they left their homes, likely taking time off work, disrupting their lives to go and encourage Paul.

Sometimes all we can or should do is pray for others . And prayer is vital. God moves in response to prayer. But other times action is called for. Action that may have a cost in time, comfort or finances. Which means it's time for me to pray one of those "scary prayers":

God, help me to be willing and ready to step out of my comfort to serve and encourage other believers.


Posted by Paeter Frandsen at 3:03 PM