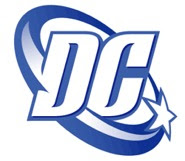 Given my disappointment over Superman, I wanted to give Batman, another DC icon, a shot at hooking me in with a fresh take. I hate pretty much everything Grant Morrison did with Batman. All the Damien stuff and Batman Incorporated just seemed a far cry from the brooding loner version of Batman that I think works best.

But seeing that some of that stuff is being carried over into the new DC, i decided to give the Batman books one last chance to make these ideas work for me. Although I wanted to read Detective Comics #1, local stores were sold out, so I'll have to wait for the reprint. But I did manage to snag all of the others. My first stop was Batman and Robin.

Again, more wrong turns, in my opinion. As a "new" reader again to the Batman books, i kept asking myself, why is this guy taking his 10-year old son out to fight crime with him? I don't care how well his son is trained. Granted, Bruce is a screwed up guy, but his decision to take Damien out with him was not treated as screwed up. It was taken for granted.

Batman also seems to be emotionally "healing" from the death of his parents. In a scene with Damien, he says that it's not important how his parents dies. It's important how they live. And from now on he's going to replace remembering them at Crime Alley on the anniversary of their death with celebrating their wedding anniversary. Whaa?

That sounds more like Superman, to me. Batman hangs onto his pain. It;s what keeps him paranoid and screwed up enough to zealously sacrifice every ounce of his being to what he does. Remove the perpetually unhealthy emotional condition of Batman and you begin to remove his essence and the reminder of what he does all that he does.

One bright note for me is that a mysterious villain is trying to kill all the members of Batman Incorporated. I hope he succeeds. There are enough Batman knock-offs in Gotham. The more you add, the less unique Batman becomes.

My hope is that the events of this book (except for eliminating the Batman Inc. characters) will in no way be referenced or reflected in other Batman books. I'd like to forget nearly every page of this issue.

This book seems to be a little more bent toward new reader accessibility. The writer cleverly has Bruce Wayne testing out an interface device that gives him basic information on everyone he sees, easily introducing key characters to readers as a by-product. It seems to be mostly a solo book, with brief interaction with Batman's supporting cast current and former sidekicks.
The story sets up an interesting mystery that I wouldn't mind reading, but this book isn't the re-invigoration of the character I'd been hoping for. I doubt I'll get the next issue.

This book felt a lot like Batman #1. It even shared some plot points, which was disappointing. But the art was great and the narrative was cool, and no sign of any sidekicks.

Again, once of my complaints is that Batman seems to be losing his loner essence a bit. In one scene he's actually leading a squad of policemen into a tactical situation. In another, it's made clear that Bruce Wayne funds Batman's operations, and this is public knowledge! (Smells a lot like Tony Stark, DC. Too much in fact.)

I enjoy Batman best when he's an urban legend, an seemingly unstable, driven, semi-psychotic loner who even makes his allies uncomfortable. In recent years his supporting cast has exploded, shining unwelcome light into the dark corners of Batman's world, and he has struck me as less and less dark and mysterious as a result.

As a result of my experience with the Batman books, I still plan to give Detective #1 a try when I can get my hands on the second printing that I imagine is coming. But in all likelihood, the Batman stories I want to read will only be found in special miniseries or one-shots, rather than the ongoing Batman books.
Posted by Paeter Frandsen at 3:35 PM